Hexed is, so far, mostly a board game idea, but one that we believe strongly in. In Hexed, you use hexagonal energy tiles to build shapes matching those on spell cards.

We created the card design with usability for all players as the focus, by having the way the cards are used in the game at the center of each design desicion.

The cards are designed to be surveyable while laying in a revealed row on the table, as well as to be stackable, so they won’t take up too much space in front of players, but still show important information. 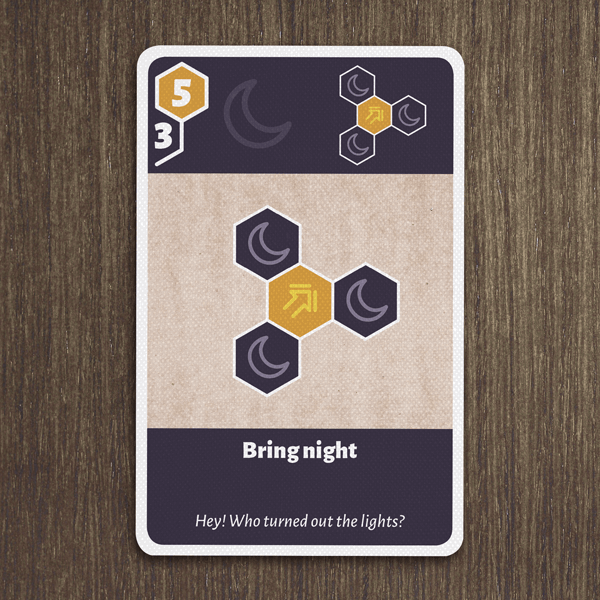 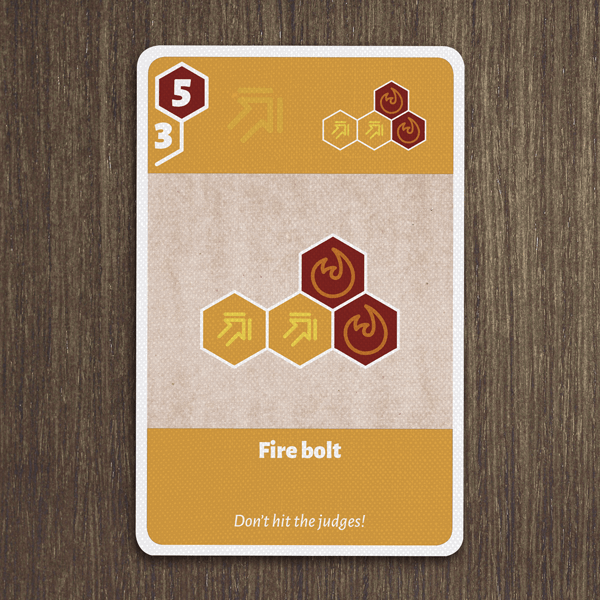 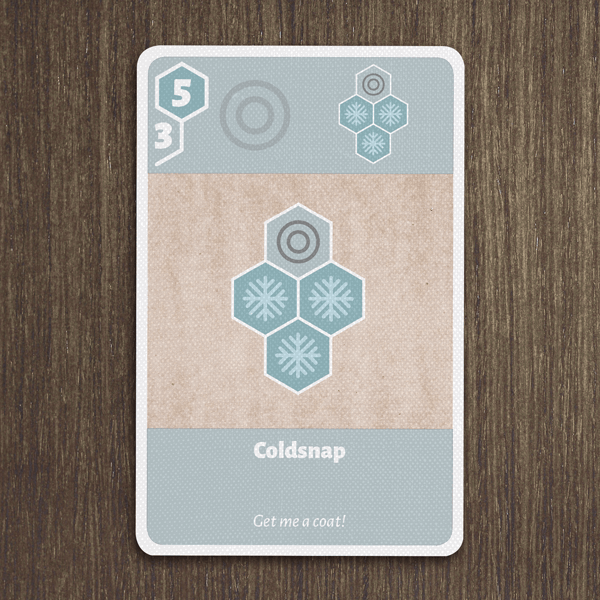 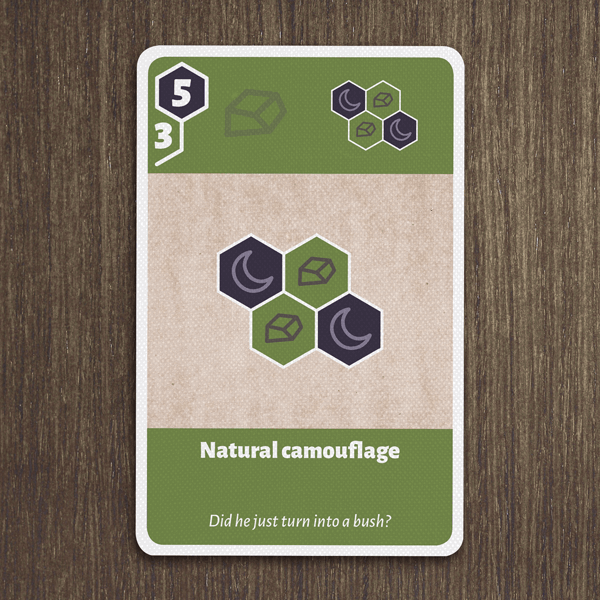 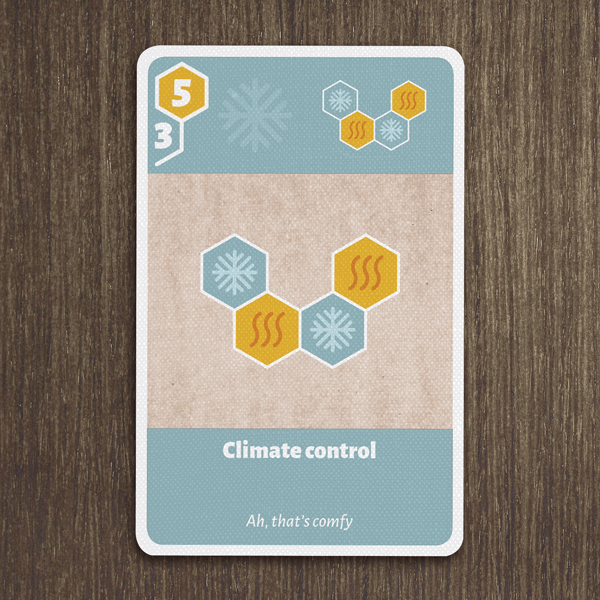 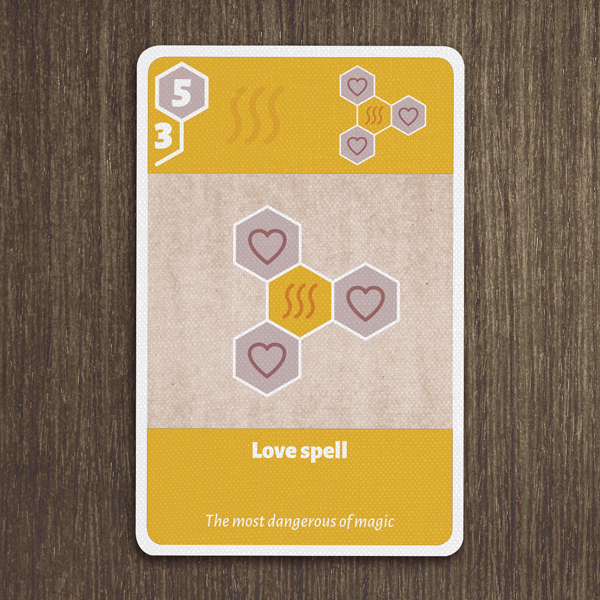 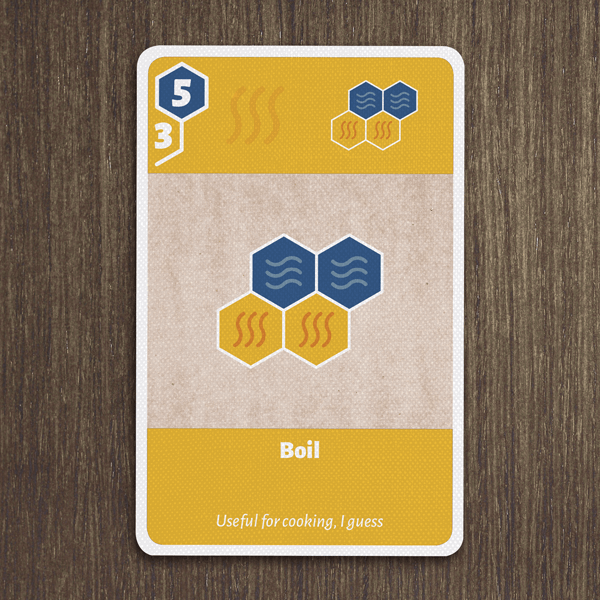 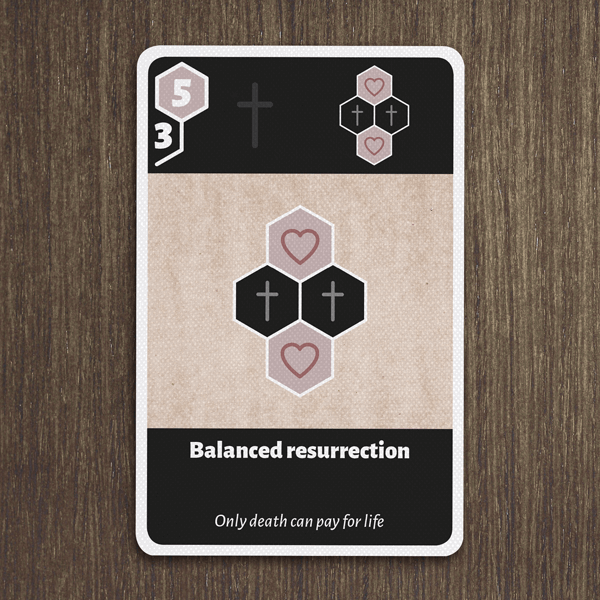 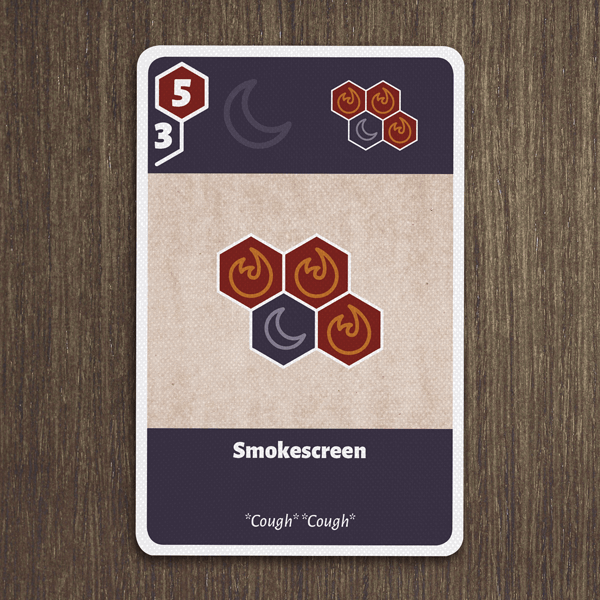