Hexed is, so far, mostly a board game idea, but one that we believe strongly in. The goal of the game is to cast spells by building specific shapes using energy represented by hexagonal tiles.

Since this is a prototype box for a game that’s not finished, we focused more on getting the necessary information across than on making the box marketable on a shelf. However, once we have finalized the game we would like the box front to have some sort of illustration that grabs your attention more.

The front of the box is simple. The game's name is in the middle at the top, with the designer names underneath. At the bottom, the player count and the game duration is located.

The back of the game has some introductory flavor text (clearly separated through placement, font style and color) and a more informative text about what to expect from the game. There’s also a component list and a rendering of a game that’s ready to start. 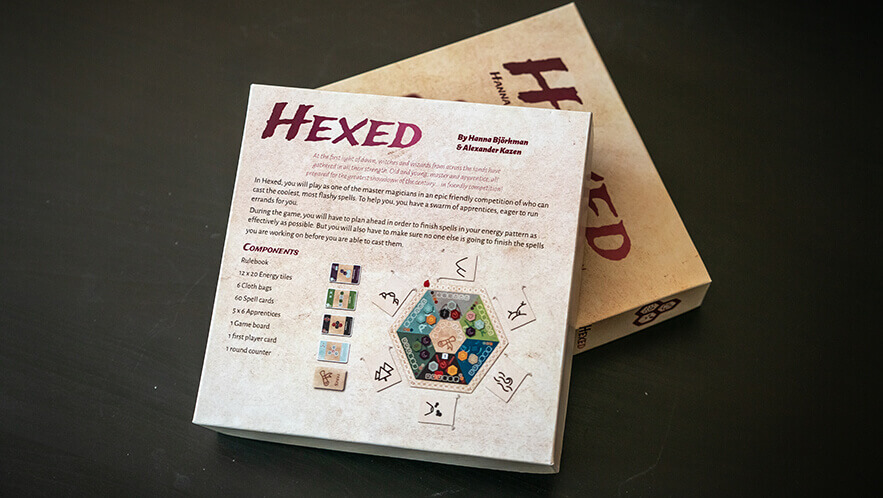 The sides are designed so two of them are right way up when the game is stored vertically, and two when it’s stored horizontally. All sides contain the game name, player count and game duration. Thanks to that, the information can be accessed easily no matter which way the game is stored.