Hexed is, so far, mostly a board game idea, but one that we believe strongly in. The goal of the game is to cast spells by building specific shapes using energy represented by hexagonal tiles.

We believe that most games can profit from including reference cards with shorthand rules and other useful information. The reference cards for Hexed have two sides: one containing shorthand information on the different phases as well as what to do at the end of them, the other containing the amounts of the types of energy on each location. 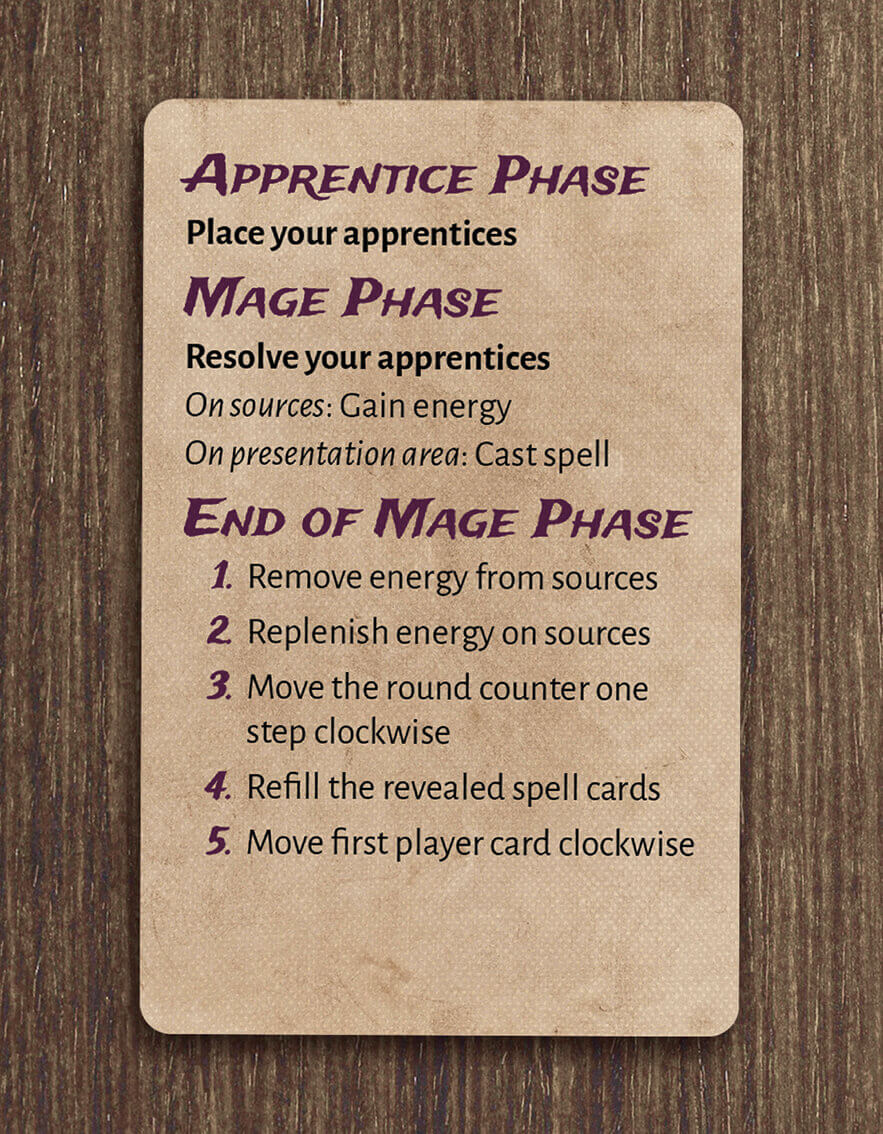 The reference card in hexed was designed to have the same look as the rulebook, with the same font and colors being used in both. The shorthand rules briefly describe the two phases in the game, with bold text giving an overview of what is done during the phase and non bold text giving more detailed information when needed. Since there are a few steps to follow at the end of each Mage Phase, these were also included on the card. 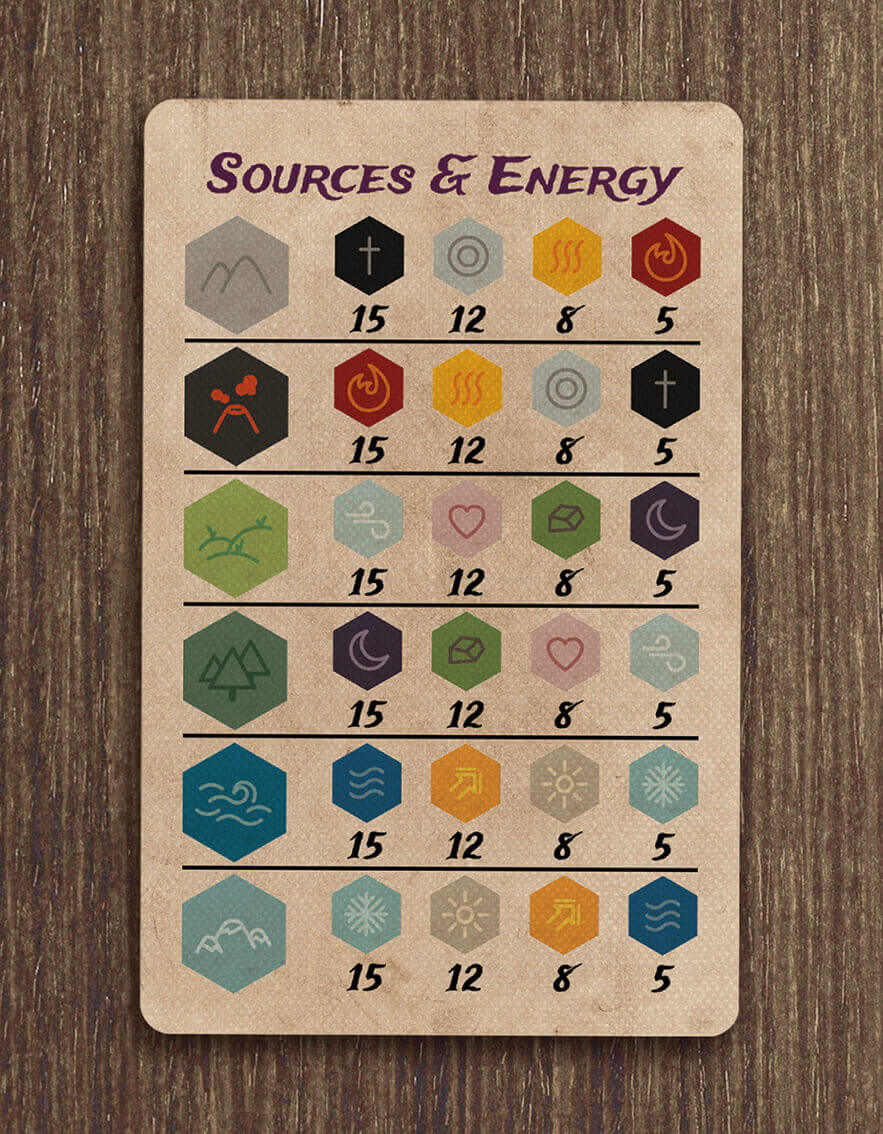 On the other side of the card we put a reference for the distribution of energy across the sources. Each row contains the information for one source. The first hexagon is the source, the other four are the energy types available in that location, and the numbers under each energy hexagon shows how many of that energy are available. Each row is separated by a line for clarity. The energy hexagons are placed in a way so the first one in the row is the most common, and the last one is the rarest.